Bella Thorne is an Actress from the Hollywood who have got fame at an early age. She is an American Actress, a Singer and a model. Bella Thorne full name is Annabella Avery Thorne. When she was only six years old, in 2003 she got a chance to debut on the film Stuck On You as a side role. She got tremendous fame at an early age. When she was only 15 years old, Bella Thorne has done about 20 movies, television programs and more than 60 commercial ads. She has got most of her fame due to the Disney Channel show Shake it Up where she appeared as a lead role. Other than this show Bella Thorne has done many American TV shows and movies. To know about her in detail read her complete biography. 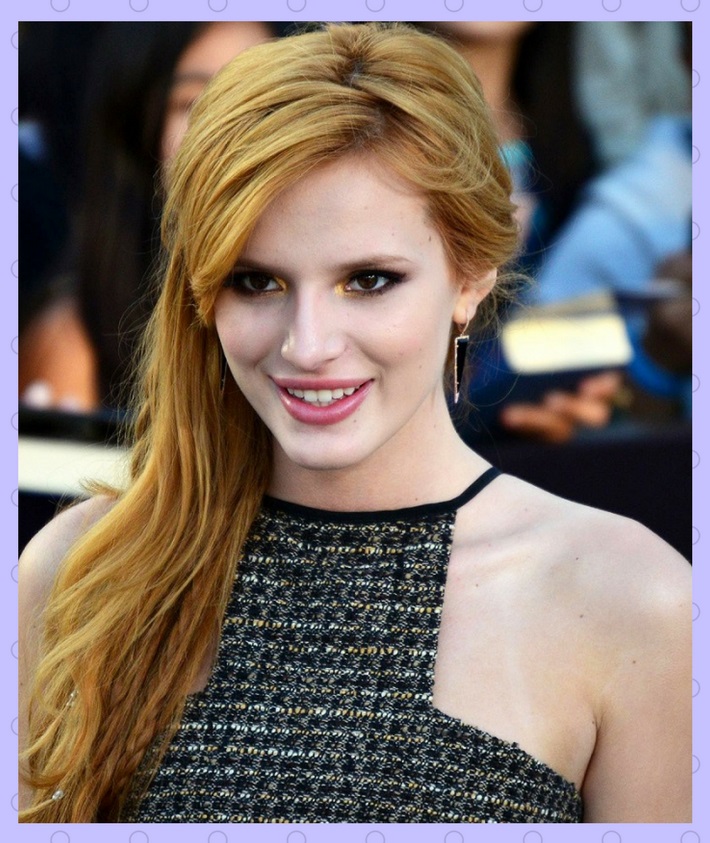 To know about Bella Thorne in more details, please read the whole article —

Bella Thorne was born on October 8, 1997, in Pembroke Pines, Florida, U.S. to Tamara Thorne (née Beckett) and Delancey Reinaldo “Rey” Thorne. Bella has three elder siblings, Danielle, Remy and half-sister Kaili, who are also actors. When she was only 10 years old, i.e., in 2007 Bella Thorne father Reinaldo Thorne died in a traffic accident. She has also dedicated a song to her late father. After her father’s death, she does not broke and carries her career. Bella Thorne mother Tamara Thorne has raised her four children alone and they were very poor, so Bella has worked as a child actor to support her family financially.

Bella Thorne had first attended a public school but due to suffering from bullying, she was home-schooled after that. She was in her first grade when she was first diagnosed with dyslexia. Bella Thorne has never worried about that and has done hard work to improve her learning. She has attended a Sylvan Learning Center where she improved her learning and began reading and writing a grade ahead. The audiences came to know about her dyslexia in April 2010 in an interview with American Cheerleader magazine and she had explained there that how she has overcome this by rigorously reading everything she could find, including the labels of cereal boxes. It is clear from that hard work and smart work brings success to life.

Bella Thorne Career: Bella Thorne has debuted in the film Stuck on You in 2003 where she has played a slide role. After that, she has appeared in many films and television projects including Entourage and The O.C., where she played a younger version of Taylor Townsend. She gets her first major role in 2007 in Dirty Sexy Mind’s second season where Bella Thorne has joined as a recurring cast. Her major breakthrough was in 2010 when she got the chance to play the lead role in the Disney TV show Shake It Up which was originally titled as Dance, Dance Chicago. Bella Thorne has played the role of CeCe Jones, a dancer with heavy ambitions for a career in the spotlight despite having dyslexia.

The show Shake It Up is a pal comic drama centred on a teenagers dance show co-starring Bella Thorne and Zendaya. It was a multi-camera series which began production in Hollywood, California, in July 2010 and has premiered on November 7, 2010, on the popular Channel ‘Disney’. While Bella had a generous arrangement of work in television and film, Thorne had no experience in professional dancing before she was cast to the show. After signing onto the show in October 2009, she began taking three dance classes every night and has worked hard and becomes a good dancer. This hard work brings her success as she has won the Best Young Actress – Television for Shake it Up. Again on June 4, 2012, she was signed for the third season of Shake It Up.

Apart from that, she has done many Films and Television series and also some Web series. Her filmography includes Finishing the Game, Blind Ambition, The Seer, Water Pills, Forget Me Not, My Day. My Life, One Wish, Raspberry Magic, Katy Perry: Part of Me, Underdogs, The Frog Kingdom, Blended, Mostly Ghostly: Have You Met, My Ghoulfriend?, Alexander and the Terrible, Horrible, No Good, Very Bad Day, The Snow Queen 2: The Snow King, The DUFF, Big Sky, Alvin and the Chipmunks: The Road Chip, Shovel Buddies, Ratchet & Clank, Boo! A Madea, Halloween, You Get Me, The Babysitter, Amityville: The Awakening, Keep Watching, Midnight Sun, The Death and, Life of John F. Donovan, Assassination Nation etc.

Her TV series includes Entourage, The O.C., Dirty Sexy Money, October Road, My Own Worst Enemy, Little Monk, In the Motherhood, Mental, Big Love, Wizards of Waverly Place, Shake It Up, Good Luck Charlie, PrankStars, Frenemies, Phineas and, Ferb, CSI: Crime Scene Investigation, Red Band Society, K.C. Undercover, Perfect High, Scream, Famous in Love etc. Bella Thorne has also given voice in some Video games like The Ant Bully and The Marvels Avengers Academy. She has also done stage show Alice in Wonderland where she played the role of Alice. Bella Thorne is an avid supporter of the Humane Society, the Cystic Fibrosis Foundation, and The Nomad Organization, which provides education, food and medical supplies to the children in Africa.

Almost every celebrity comes to the news of having affairs, as this is not a new thing. But nobody can actually know about the real story behind that. So this actress Bella Thorne has also come to the news of having affairs. Bella has dated rapper Lil Peep but unfortunately, he had died and Bella Thorne had paid tribute to him after he died. Also, she has a long list of sweethearts. She was in a relationship with Kenton Duty in 2010 and afterwards with Jake T. Austin, likewise with Garrett Backstrom.

Again, in 2011, she was seen with Cody Simpson, and in a long connection with Tristan Klier for right around two years, at that point in 2015, she got Ryan Nassif, Brandon, Thomas Lee and Gregg Sulkin. Since 2015, her beau is Tyler Posey and it effectively affirmed that they having an awesome time with a proof of Snapchat. But on August 23, 2016, she has tweeted that she is bisexual.

Bella Thorne net worth is $5 million dollars which will be increased as she is an emerging actress. She is gorgeous and a hot lady who has gained huge social media followers at an early age. On Instagram, she has around 17 m followers and 1890 following. On Twitter, she has 6.97 m followers and 7948 following. And on Facebook, she has 9.63 m followers. So she has a great fan following.

Today is a selfie day ✔

When I went mint blonde 😍