Priya Runchal is an Investment Banker and NRI Financial Analyst from the USA. She is the wife of the popular Bollywood actor John Abraham. They tied the knot with each other in the year 2014 and happy with their married life.

Priya Runchal was born in Los Angeles, California, USA and she spends from her childhood to adulthood there. But her family is originally from the beautiful region of Kangra located in Himachal Pradesh, India.

She has studied law from the University of California, USA. And also she has completed her MBA degree from London, England. She has become specialized in the field of Financial Analyst and Investment Banking.

She has tied the knot with the actor John Abraham who predominately work in the Bollywood film industry. John and Priya Runchal met for the first time in 2010 while working out in a gym in Mumbai. After John broke up with Bipasha Basu, he often meets her and in this way, their relationship starts.

In the year 2014, the couple got married in a private ceremony in Los Angeles, California, USA. The marriage was private where only a few family members and friends have attended.

When Priya is in Mumbai she always visited her in-laws home. She has worked with IFC (The International Finance Corporation) and now she is working in a local leading firm in Mumbai.

The couple is very happy with each other and John said that he is very happy to have her as a partner. According to him, she is a very down to earth and one of the best human beings he knows. John’s father also loves her and he says that she is a perfect match for his son. He also said that Priya Runchal is a sensible and independent girl who is very focused on her career. And she always wants to be represented for her work and not by any actor’s wife. 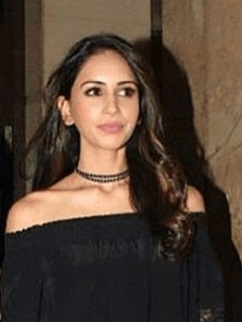